A name to mention when told…

After her second shot during an early clinical trial1Her two brothers also participated. So she and her consenting parents were clearly not ‘anti-vax’. Maddie became paraplegic.2Maddie was one of c. 1000 in her study group. Implication: there could be a 1-in-1000 chance of paraplegia with your second Pfizer mRNA COVID injection.

To this day her many injuries are downplayed and ignored by vaccine pushers (like the trial leaders, doctors, nurses, Public Health officials, governments and the dying mainstream legacy media).

So, very few people know her story. Despite…

END_OF_DOCUMENT_TOKEN_TO_BE_REPLACED

A short, insightful read from Steve Kirsch. With a suggestion that could make a difference.

END_OF_DOCUMENT_TOKEN_TO_BE_REPLACED

The ScienceTM just can’t help itself. Despite the glaringly obvious.

There is a new systematic review of 1732 mask studies to determine whether masks work. It is on a preprint server meaning it is not peer-reviewed.

Almost all of the 1732 potential studies were eliminated so they only looked at 13 studies with a total of 243 COVID infections between the two groups.

One of the 13 studies that was not eliminated was done in 2004 which is impressive since SARS-CoV-2 didn’t exist at the time.

From that, they conclude that masks provide nearly a 90% risk reduction of getting infected.

Then try the Covid Charts Quiz.

Yes, the charts are pre-injections, so it is dated. But if they are effective you should still be able to spot the influence of masks (and lockdowns).

All shortly after the jab

But officials, experts and fact-checkers say they died from other causes, not the shots. So nothing to worry about.

But if we apply that logic in the other direction…

END_OF_DOCUMENT_TOKEN_TO_BE_REPLACED 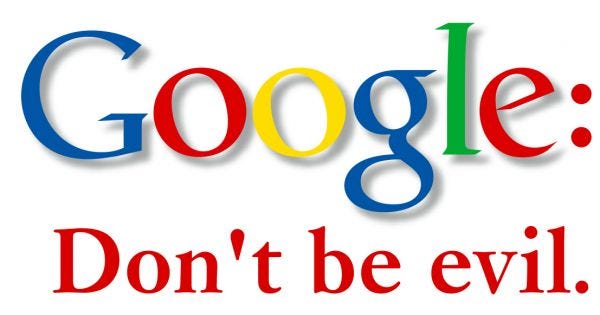 Check out what happened when we tried to ask two simple questions using Google Surveys. In America, it seems you are no longer allowed to question what the US government tells you.

And nextdoor took down results of a similar survey he posted.

So… certain questions and answers are not allowed any more.

Yay! I feel SOOO much safer not knowing what I’m not allowed know! Go censorship!

After recent posts on media lies and misdirection, it seems relevant to remember this BBC initiative exists, what it does and who is involved.

It is NOT a group of conspirators though.

It is merely a coincidental partnership between entities aligned around agreed goals.

Steve Kirsch and Robert Malone are two of many who have looked into it:

END_OF_DOCUMENT_TOKEN_TO_BE_REPLACED

It is 2.5 years later and two papers appear on the same day?!? Should you believe it? I do not. Neither does Robert Malone or Chris Martenson. Here’s why.

Other: Robert Malone | Chris Martenson1“Media Lies About Origins Of Covid” – premiered on 16 Mar 2022 but still relevant… including the name Kristian Andersen. | BBC: lying by omission?

Just some of what Bret Weinstein and Dr. Robert Malone5“Dr. Robert Malone is an internationally recognized scientist/physician and the original inventor of mRNA vaccination as a technology, DNA vaccination, and multiple non-viral DNA and RNA/mRNA platform delivery technologies. He holds numerous fundamental domestic and foreign patents in the fields of gene delivery, delivery formulations, and vaccines: including for fundamental DNA and RNA/mRNA vaccine technologies. https://www.rwmalonemd.com/ https://rwmalonemd.substack.com/” Source. spoke about when they met during the Better Way Conference in May.

The same day she filed a complaint with the FDA, she was fired.

One of Pfizer’s defence arguments is quite stunning.

For months double-jabbed Steve Kirsch has been asking for someone, anyone, to debate him or a member of his team. Offering $1M to help motivate.1I’m sure they could decline or donate the money if they wished.

Winning the debate would be the quickest way to end vaccine-hesitancy. But even if they lost, someone from any of these areas just showing up would be at least reassuring:

END_OF_DOCUMENT_TOKEN_TO_BE_REPLACED

then your children will be next…”

Now, in June 2022, those we are supposed to surrender our sovereign medical choices and human rights to are advocating COVID injections for 6-months to 4-years old.1The Massacre Of The Innocents according to Toby Rogers

That these people are doing this when children are at near-zero risk from COVID2See here and here. Also this quote from question 4 (of 19) addressed to the FDA by 18 Members of Congress on June 7th: “As of April 2022, the CDC reported 484 COVID-related deaths among children ages five and under (over a two+ year period). According to the CDC there are about 24,000 deaths overall in children ages 0-5 annually.” So… an average of 242 annual “COVID-related deaths” (ie could all have died with and not from) in 0-5yr-olds is somehow considered an emergency in the context of 24,000 of that cohort dying annually anyway?? is mind-boggling enough.3At least four hypotheses seem to fit. 1) The ‘unvaccinated’ control group must be eliminated or at least minimized to hide the damage being done by the injections to the wider population. 2) This is a stepping stone to adding mRNA injections to the childhood vaccination schedule, whereupon manufacturers would be protected from liability forever. 3) They are still in the grip of the COVID mass formation. 4) It is another attempt at population control (which is on some peoples agendas – and has been attempted using vaccines before).

But check out HOW these people use The ScienceTM to make their case!

(Short on time? This 4-min video by Dr. Claire Craig conveys a lot. This 7-min includes her and conveys even more.).

END_OF_DOCUMENT_TOKEN_TO_BE_REPLACED

According to Mattias Desmet mass formation affects those caught up in it in quite specific ways.

One is their becoming ‘radically blind‘ to the harms happening to themselves and those they love – even if themselves contributing to those harms.

Is this tragic case (highlighted by double-jabbed Steve Kirsch), yet another example?

END_OF_DOCUMENT_TOKEN_TO_BE_REPLACED 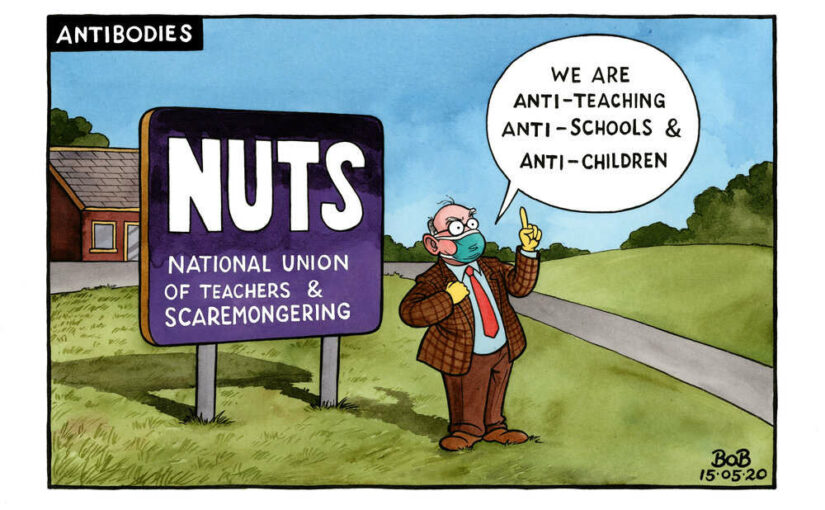 But some people think a mask stops a virus.

Steve Kirsch is not one of them. So much so that he’s offering $250,000 to MIT, Harvard and Stanford Universities to produce convincing evidence.

I’d be willing to make a $250K grant to MIT if there is a MIT faculty member (you can field as MANY as you like) who can convince Professor Norman Fenton and Stephen Petty that there is scientific evidence that shows that masks reduce the spread of SARS-CoV-2. 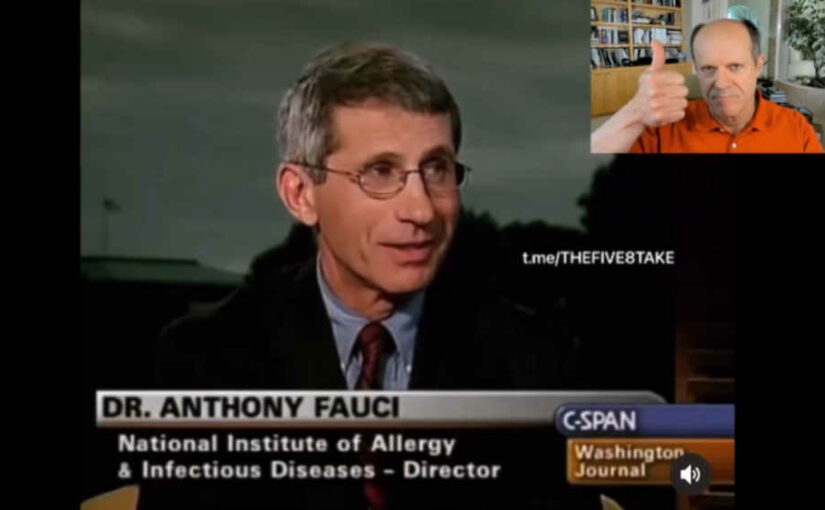 Thanks to the application of ‘fact-checking’ logic on Facebook.

Steve Kirsch tells the story in this short article and 2-minute video. 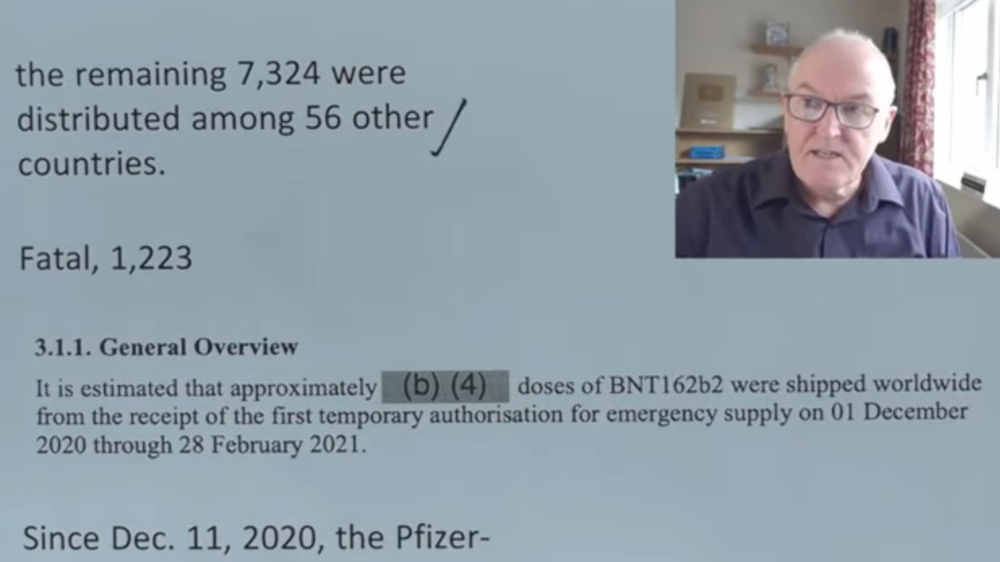 Triple-jabbed Dr. John Campbell doesn’t like what he sees

Why would they redact THAT specific number?

(Steve Kirsch reckons this Campbell video marks a significant moment. Find out why on his Substack) 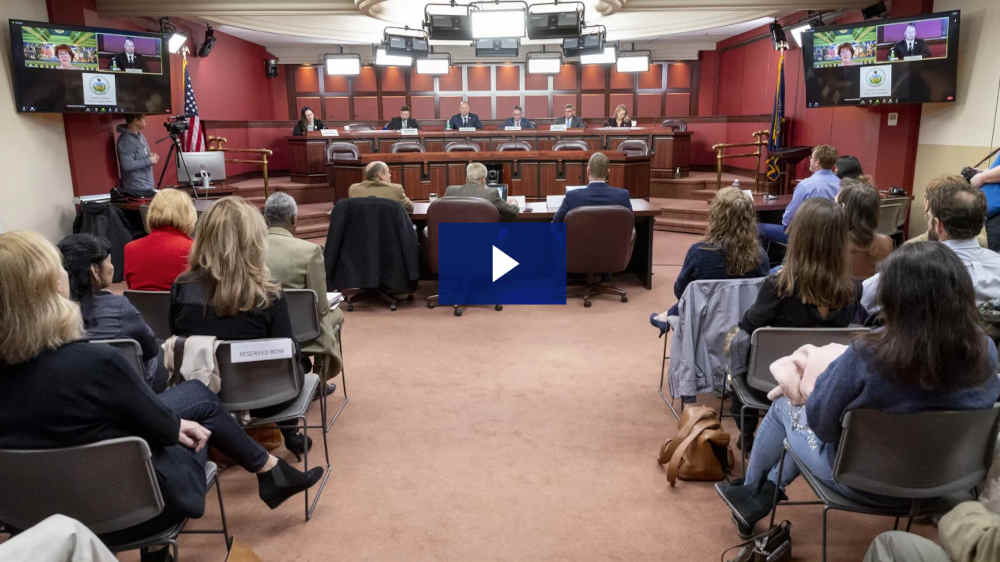 Friday March 4th, Senator Doug Mastriano of Pennsylvania hosted an expert panel as part of a drive for medical freedom legislation for the State.

Watch the presentations and questions here.

END_OF_DOCUMENT_TOKEN_TO_BE_REPLACED

The earlier minutes also give some background on how Steve Kirsch and Dr. Robert Malone both ‘woke up’ at around the same time.

A Substack by Dr. Pierre Kory is also mentioned. Here it is. He points out the CDC are now, finally, encouraging early treatment for Covid-19… just when some new, expensive drugs come out.

This confirmed the Swiss Policy Research piece of Nov 25th about the hiding of information and skewing of auto-complete search suggestions. They suggested a few alternative search engines.