Yet another incisive piece from el gato malo.

… if these vaccines were anything like as efficacious as claimed, dosing them into 70%+ of populations (and 90-95% of high risk of death populations) then they would be bending the covid curves like neutrons stars bend spacetime.

the effects would not be subtle…

yet we see no such signals…

the data to do the really rigorous work is being withheld from us and so, like astronomers unable to see celestial bodies, we must infer or refute their existence by watching how things curve as they travel through space and time.

but try as we might to find it, planet “vaccines stop covid deaths” does not seem to exist…

END_OF_DOCUMENT_TOKEN_TO_BE_REPLACED

You don’t want to die prematurely, do you? You don’t want your friends and family to either? So, why are you ignoring the signals?

Some important things have happened this week.

One of the most important was the suspension of MP Andrew Bridgen. It’s important because, like many of us truthers over the last couple of years, he has simply become the latest victim of censorship…

… The other important thing is el gato publicly humiliating the ONS.1Office for National Statistics, UK. He has diligently re-analysed their “vaccine effectiveness” data to show that the vaccinated were already dying proportionally more than the unvaccinated up to May last year when the ONS callously stopped reporting…

… yet, when presented with the irrefutable evidence that, in the six months after the mass injection of the population with an experimental medical treatment, the excess mortality signal is at least as high as when the deadly pathogen emerged, the government and media don’t even so much as want to talk about it but they have to shut up anyone else who dares to try.

I am deeply saddened that the majority of people are still completely unaware of the situation we face.

I am even more saddened by the continued apathy of those who are aware but still choose to do nothing about it.

But we must persist. For the sake of our children.

Laurence Fox can see it…

A computer model claims they prevented 3 million American deaths and almost 19 million hospitalizations. Imagine what they would have done if they actually WORKED against Omicron…

… in the interests of science – as opposed to The Science – I will demolish this absurdity in three minutes or less.

passing off a model as evidence is tantamount to lying…

so, if it does backfit and your major parameter assumption is wrong, it means the whole rest of your model is garbage.

… it’s pure GIGO1Garbage In, Garbage Out and the minute you assumed “vaccines worked well” then “vaccines saved huge numbers of lives” will pop out.

but if this assumption is wrong (as it appears so clearly to have been in the israeli palestine natural experiment comparison where death rates in the two places were near indistinguishable both before and after vaccination despite wide divergence in vaxx rate) then you’ve just “proven” nothing at all apart from the fact that models express the assumptions of the modeler.

Despite its first being dubbed effective, China is still locking down – and ‘Covid Logic’ may never see or admit the flaw1If lockdown worked, why is repeating it necessary?

Pro-freedom in Canada? You can have your accounts frozen and get trampled by police horses.3See last video here. Because ‘fringe’ minorities with ‘unacceptable views’ won’t be tolerated by a Prime Minister who has openly praised China’s ‘basic dictatorship’.

That same Prime Minister recently said Canada supports people expressing themselves through protests, will stand up for human rights and is watching China4Second last video here. – where, locked in to your apartment for Zero-Covid’s sake, you can die in a fire.

Especially when fire engine access is hampered by uncharged electric cars.5If I can relocate the source I will update here.

… the lockdowns that Xi Jinping pioneered with the onset of Covid are horrific in terms of their scale, their duration, their depravity, and the new totalitarian surveillance measures to which they’ve led. Anyone who participates in a protest in China runs a risk of being subject to cruel and arbitrary punishment. For ordinary Chinese people to brave that risk in defiance of this new form of inhuman medical tyranny is an act of courage worthy of admiration.

There are notable exceptions to the otherwise widespread support the protesters have received. Apple has been silent about the protests, and had the gall to limit the protesters’ use of a communication service called AirDrop in compliance with the CCP’s demands, even as it threatens to remove Twitter from its app store over Elon Musk’s free speech policy. This comes even after Apple has long ignored requests by FCC officials to remove the Chinese-owned app TikTok from its app store over unprecedented national security concerns. So Apple complies with requests by the Chinese government, but not the United States government. Let that sink in…

Apple is, unfortunately, far from alone in its CCP apologism. Anthony Fauci told CNN that China’s totalitarian lockdowns would be fully justified so long as the purpose was to “get all the people vaccinated.”

But why now are we seeing…

… New York Times Decides Lockdowns are Actually Draconian and Economically Destructive when China Does Them?

Could it be because…

… the final stage of changing jerseys is wiping out the evidence that you ever wore a different on?

they have not learned.

they are not abashed.

they are lying to themselves even more than they lie to us precisely to prevent such things.

the cognitive dissonance is re-writing memory so they recall being heroes not villains.

and in this sense letting them off the hook is, to my mind, unwise.

there needs to be a reputational penalty for having done this.

and the china uprisings are creating a wonderfully impossible fork for team lock down the west, especially given what they did so very recently.

Some of us have kept receipts.

(Will add more as I learn of them).

humans are funny creatures. you can lie to them, injure them, and impose insane and arbitrary rules upon them while forcing them to harm themselves and stunning numbers just sort of shrug it off.

you can show them all manner of harm and poor risk reward and biological phraud, and it rolls off like water from a duck’s back…

you can even outright damage people for life and they will be so raddled with stockholm syndrome that they will ramble that they would happily do it again, not even to “keep people safe” but so that “they could see people” in open and telling admission that they will gladly sacrifice freedom and bodily integrity upon the altar of “buying back a right to free association that should already have been inalienable” when faced with authoritarian pressure…

… but the funny things is somehow, despite all this, you show them a whiff of corporate financial impropriety and it’s suddenly

END_OF_DOCUMENT_TOKEN_TO_BE_REPLACED

To support things that were said ages ago by some scientists, doctors, statisticians, lecturers, journalists, organisations and other censored entities conspiracy theorists. 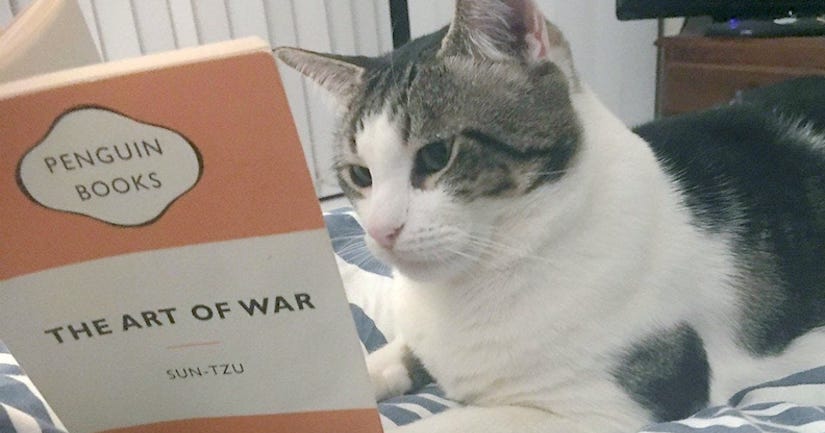 a fan of logic and reason, i had to swallow some bitter pills to get through this thought-provoking piece from ‘the bad cat’

this is not about logic nor reason nor justice. those words to not even have meaning where this conversation is taking place. we are not in the realm of of aristotle, aquinas, or kant, this is nietzsche and machiavelli and alinsky.

the only distinctions that matter are what you can and cannot, will and will not do.

the only political classification of import is the simplest of all:

this is war without rules, recrimination, or a need to legitimize. power gained and power exercised becomes its own ends and it justifies any means.

try to think about this in any other way and you are chasing your tail.