Holocaust Survivors, featured in the docuseries explain how Nazi interventions — including the suspension of freedoms, imposition of lockdowns, coerced medical procedures and identity passports — are similar to modern-day dictatorial constraints on citizens worldwide.

They just did. For similar reasons as they did then.

END_OF_DOCUMENT_TOKEN_TO_BE_REPLACED

Sometimes the silencing of dissenting viewpoints is achieved through overt censorship – as we saw when Facebook suppressed arguments that entertained the Wuhan lab leak hypothesis, or when Twitter censored pretty much any assertion that could be construed as even slightly disfavourable to Covid vaccines. But more often than not, it is achieved by refusing to give any airtime to arguments from “the other side.” In many ways, this is more sinister than overt censorship, because it is subtle and may easily go completely unnoticed.

I have had personal experience of this “from the inside,” so to speak. I used to write ocassionally for a prominent national newspaper in Ireland, as well as a regional newspaper in Spain. Soon after I began to seriously question Covid measures or the science behind lockdowns, my contributions at both newspapers ceased to be published, quite abruptly. There was simply no editorial interest in questioning the fundamentals of the national response to the virus.

The average newspaper reader or TV viewer knows nothing of this filtering process. They just pick up the newspaper or switch on the TV and assume that there are “serious” people and experts who will be given a platform to express themselves. They will naturally assume that if no credible voice defends this or that position, it must be because the position is weak or indefensible. It will not occur to the average reader or viewer that the reason there are no “credible voices” on the other side is because they have been filtered out in advance…

END_OF_DOCUMENT_TOKEN_TO_BE_REPLACED

The largest burden of COVID-19 is carried by the elderly, and persons living in nursing homes are particularly vulnerable. However, 94% of the global population is younger than 70 years and 86% is younger than 60 years. The objective of this study was to accurately estimate the infection fatality rate (IFR) of COVID-19 among non-elderly people in the absence of vaccination or prior infection… we identified 40 eligible national seroprevalence studies covering 38 countries with pre-vaccination seroprevalence data…

If your kid gets COVID, the risk is 3 in 1 million that your child will die from COVID. And that is likely an over-estimate because today all early treatment protocols are suppressed worldwide.

Oct 2022: Rav Arora on a prior Ioannidis study…

END_OF_DOCUMENT_TOKEN_TO_BE_REPLACED

We discuss the DOD ownership of fake vaccine countermeasures, the legal history of the crime, and potential ways of taking down this criminal enterprise.

Live pictures of fit young athletes dropping on sports fields after the vax?

Nothing to worry about apparently.

And he’s definitely after your kids this time.

In a tacit admission that COVID did not quite achieve his absolute goals, Bill Gates has just announced his next plandemic.

Especially the bit about the children.

They’re at it again. Planning a FAKE pandemic. Enabled by untrustworthy PCR.

1. It’s FAKE. It’s immunologically impossible to have a pandemic of a severe respiratory illness. If you accept the disease model they’re using, then the more severe the illness, the more quickly the infected person, if they’re susceptible, becomes symptomatic. It’s only then that the person might transmit to other susceptible person, but by then, they’re sick & at home. Not mixing with others. Chain terminated. Drops R nought.2“R” is the statistical ‘rate of spread’.. R=1 means 1 person infects 1 person who infects 1 person etc. If R=2 then 1 person infects 2 who infect 2 more etc. R=0 means no spread.

By contrast, common cold type illnesses can whizz around the world & nobody cares.

Which in part explains why we’ve never had a pandemic of a severe respiratory illness.

Covid was faked at worst (my opinion, supported by the deaths epidemiology) & at very least exaggerated.

The 1918-19 “Spanish Flu” was also grossly exaggerated. The numbers who perished were far fewer than are now claimed. Contemporaneous documents just a few years later don’t even mention it. Not consistent with “the worst pandemic since medieval times”.

2. I know of no conceivable respiratory pathogen that preferentially makes “young people” ill, not the frail elderly. Sure, there are some illnesses that are particularly cruel on tiny babies and frail tots. Young adults are like cockroaches where it comes to respiratory illnesses. I don’t believe the frail elderly could be spared & there are ALWAYS way more frail in the elderly population than in the young & fit (immunocompetent) population.

The the entire scenario is FAKE.

END_OF_DOCUMENT_TOKEN_TO_BE_REPLACED

Are You a Victim of Menticide?

If you are a victim… you don’t know it. That’s the first sign…

“Free men in a free society must learn not only to recognize this stealthy attack on mental integrity and fight it, but must learn also what there is inside man’s mind that makes him vulnerable to this attack, what it is that makes him, in many cases, actually long for a way out of the responsibilities that republican democracy and maturity place on him.”

“There are human beings who are of remarkably agile intellect yet stupid, and others who are intellectually quite dull yet anything but stupid.…

“The impression one gains is not so much that stupidity is a congenital defect, but that, under certain circumstances, people are made stupid or that they allow this to happen to them.…

Only you can liberate yourself from willful stupidity. Continuing to read this article and being willing to implement these twelve steps proves you have the intelligence to do so.

All you have to lose are your manufactured delusions; misplaced pride; gullibility; fear; terror; anxiety; rage; and mental and physical enslavement…

All Those Lies Are Hard to Keep Straight

… [December 2021]… AIER discovered a shocking revelation in emails received from a Freedom of Information Act (FOIA) request to Fauci’s office. In early October of 2020, Dr. Francis Collins, then Director of the National Institutes of Health, ordered Fauci and his trusted lieutenant Clifford Lane to wage “a quick and devastating published take down (sic)” of the Great Barrington Declaration’s premises.

… the records… contain a partially redacted email to Deborah Birx in which Fauci speculates that Scott Atlas, his anti-lockdown foil on the White House COVID Task Force, would attempt to sway the White House into endorsing the GBD. “Over the past week I have come out very strongly publicly against the “Great Barrington Declaration,” Fauci declared – an action that he conveniently has no memory of doing, according to his statements under oath from the Missouri lawsuit deposition1Currently on-going. Transcript of Fauci’s deposition released last Monday.…

… the email records we do possess contain ample evidence of Fauci’s involvement in the “take down” order, plainly contradicting his sworn deposition. In those emails we see Collins colluding with Anthony Fauci (while fantastically CCing Lawrence Tabak, Deputy Ethics Counselor at NIH) to craft talking points against the GBD in the media. Behind the scenes, we see them working with Deborah Birx to keep the GBD off of the White House COVID Task Force agenda. And we see Fauci’s instructions to Folkers to assemble a list of media op-eds attacking the GBD, with the apparent intent of parroting them back to the very same press as official talking points from the NIH.

Think about that for a minute. The Director of the National Institutes of Health all but ordered the Director of the National Institute of Allergy and Infectious Diseases to put together a smear campaign aimed at three distinguished scientists, each from an elite institution (Harvard, Stanford, and Oxford if you are keeping track at home), who were simply going where the science took them.

It’s not so much about Truth any more.

John Ziegler, host of With the Benefit of Hindsight… Podcast, recently talked with Tom Woods about the state of journalism – and his new podcast series The Death Of Journalism with fellow truth crusader and former sports TV anchor, Liz Habib.

He mentions two episodes. Here they are.

Interesting to recall the timeline and cascade of events. Including a mention of golfer Rory McIlroy.

END_OF_DOCUMENT_TOKEN_TO_BE_REPLACED

A letter for your friends.1By Kate Wand.

You have been propagandized.

You have been lied to. I know. It’s hard to believe, but just stay with me.

I think you’re still reading because you know it’s true.

And maybe, you want to understand how, or more importantly, why?

What happened to your relationships?

END_OF_DOCUMENT_TOKEN_TO_BE_REPLACED 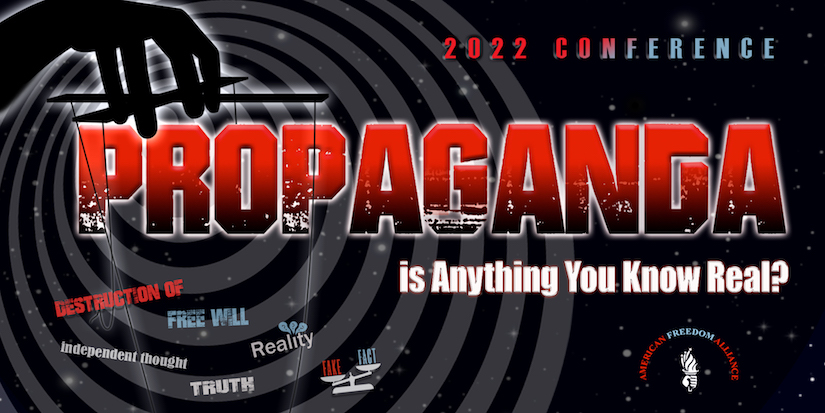 “Of course I would because…

So you didn’t fall for the COVID, Ukraine, climate change and other narratives, then?

… we might consider that a shocking amount of what “we know” to be true is, in fact, only the consequence of clever messaging, effective persuasion strategies, truth-suppression, misinformation, twisted presentation of truth, and various other tactics used to create a faux “reality” that is in service of an agenda.

END_OF_DOCUMENT_TOKEN_TO_BE_REPLACED

How to Lift Society from the Ashes of Postmodernism

Looking back at historical events like the Plessy backfire and Jefferson keeping slaves, Julius Ruechel thoroughly explores the role of the scared in societal cohesion – and how story-telling is central to its protection. and restoration

Counter-extremist Maajid Nawaz is also aware of the roles of the sacred and story-telling.

END_OF_DOCUMENT_TOKEN_TO_BE_REPLACED

It is 2.5 years later and two papers appear on the same day?!? Should you believe it? I do not. Neither does Robert Malone or Chris Martenson. Here’s why.

Other: Robert Malone | Chris Martenson1“Media Lies About Origins Of Covid” – premiered on 16 Mar 2022 but still relevant… including the name Kristian Andersen. | BBC: lying by omission?

This time about the virus origins.

Let’s add them in and…

END_OF_DOCUMENT_TOKEN_TO_BE_REPLACED

Most people don’t know there’s been a war in Ukraine since the 2014 coup toppled the democratically-elected regime.