It’s about more than censorship.

The Trusted News Initiative decided to shut independent people and groups down.

You will have yours, but two stand outs for me:

Newstalk interview (March 2021)2MacKenna starts about 6-7mins in. Note: the player does not allow skipping forward, and stopping means restarting from beginning.

Gript coverage of Newstalk taking down, then reinstating it.

October 31 Professor Emily Oster called for amnesty in The Atlantic.1Also archived here. Because, apparently, she and others were in the dark and didn’t know.

But she could have known, couldn’t she?

Plus, she never says

So it hasn’t gone down well

She wanted to receive Holy Communion. She was 88 years old…

The nurses avoided our questions, ignored us, and then finally told us you can’t come in. “She can’t have any visitors,” the disembodied cowardly voice crackled through the intercom…

… I lived in Romania for 15 years. I had been exposed to the spirit of a totalitarian regime… I was not going to back off…

I detected the familiar, sinister spirit of blind obedience to a soulless, state policy. I had to fulfill my sacred duty…

A lawsuit against the federal government – Anthony Fauci in particular – from the Attorneys General of Missouri and Louisiana has been brewing for a good part of the summer of 2022. The issue concerns the censoring of certain high-level experts on social media, three of whom are senior scholars of the Brownstone Institute…

On September 6, U.S. District Judge Terry Doughty released a decision that orders the government to give up information relevant to the case and do so in 21 days…

END_OF_DOCUMENT_TOKEN_TO_BE_REPLACED

Some with comorbidities are expressing dissatisfaction about what has been, and continues to be done to others – supposedly on their behalf.

Even though he is pro-vax and focuses mostly on the harms to children1Largely overlooking the infringement on multiple human rights, Years of Lost Life, closed businesses, jobs ended, increasing depression and suicide, medical waiting lists getting longer, fractured families and friendships, starvation and poverty caused by supply chain interruptions, injuries and deaths from the injections… I think immunocompromised Alex Lieske vents it well.

END_OF_DOCUMENT_TOKEN_TO_BE_REPLACED 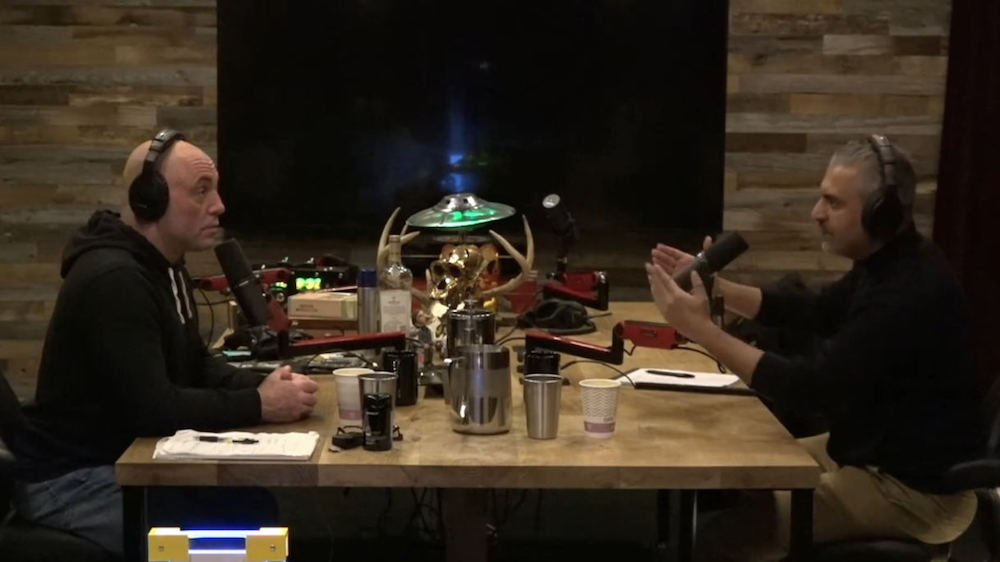 Me too, David Thunder.

Thunder’s well thought-out comparative piece shows how collectives are not healthy places to be. Unless you live at the top, defining what the ‘greater good’ is and determining what the collective is to do to achieve that ‘good’.

There are numerous historical examples of the horrors of collectivism. But there are emerging modern day examples too. Like Canada.

There politicians have just declared an emergency and announced that anyone protesting their dictates, and supporters of those protesters, can be fined, arrested and have their bank accounts tampered with – for supporting terrorism.

It no longer matters that those politicians were, and are, creating a climate where they and the media, police, colleges, hospitals, shops and more can infringe on human rights for ‘the greater good’ – with no direct consequences for them.

It also no longer matters that the measures they imposed (masks, distancing, injections, privilege passes etc) were, and still are, demonstrably useless at managing the virus. 1See Ian Miller’s latest analysis and charts from Canada.

The spirit of collectivism is alive and well in political leaders like Trudeau, Macron, Sánchez, Biden, Ardern, Daniel Andrews (premier of Victoria, Australia) and plenty of other public officials, and they have made a scary amount of progress in installing collectivism as the reigning philosophy of their governments.

We Must Dare to Dream and Hope for a Better World

But we cannot afford to give up hope or resign ourselves to defeat. We must give ourselves the chance to dream and hope, against all odds, for a better world, just as civil rights activists like Mahatma Ghandi and Martin Luther King did. We need to open up our imagination to what is best and most inspiring in humanity. We need to think beyond this dark moment in our history, when cruel, inhumane, and anti-scientific authorities seem to rule the roost.