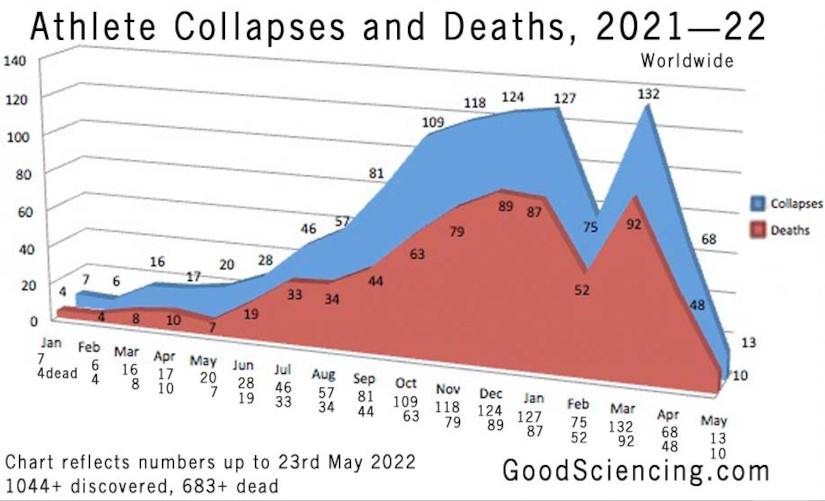 The International Olympic Committee in Lausanne, Switzerland, studied documents from international data banks from 1966 to 2004. Those documents indicate 1,101 sudden deaths in athletes under 35 years of age, an average of 29 athletes per year, the sports with the highest incidence being soccer and basketball. (NIH Document)

A study by Maron on sudden death in US athletes, from 1980 to 2006 in thirty-eight sports identified 1,866 deaths of athletes with cardiac disease, with a prevalence of hypertrophic cardiomyopathy.