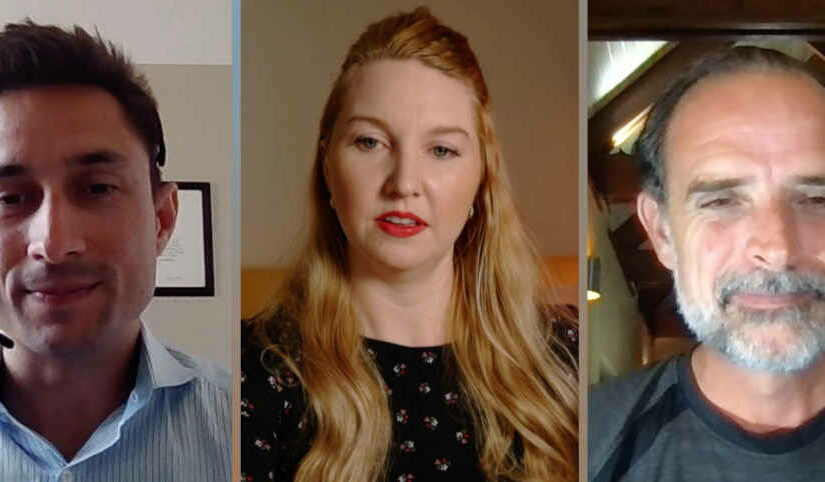 So are those who seek it and speak it.

But if you’ve not looked beyond mainstream media.,Google, YouTube, Twitter, Facebook etc you wouldn’t know. Because they are deciding who – and what – you get to hear, see and understand.

This limits your ability to reach a sound conclusion or make an informed decision. Not just about lockdowns or Covid injections. But about anything. Anything. Past, present or future.

More explicitly: others are entitling themselves with the authority to determine how well informed you can be on any subject.

But don’t worry. If lacking a key piece of information results in you, a loved one or a complete stranger being injured or killed, that’s ok. The information was suppressed for the sake of either safety or the greater good. So any harm or death that results is (a) morally justified and (b) worth it. 1This entire paragraph was sarcasm.

… are just two of many who are being censored. They discussed their Twitter gulag experience and it’s wider implications with Kate Wand recently.

Will Twitter reinstate their accounts now that Elon Musk has taken it over? Mixed signals so far. Jordan Schachtel is positive. Steve Kirsch is more cautious.

Even if Twitter suddenly does a volte-face and allows free speech and debate again, Truth is still in trouble. The information war will continue.

Fact-checkers will keep selecting facts that suit their appointed agenda. The Trusted News Initiative will do the same. YouTube will take down both opinion and factual pieces. Facebook will close pages and groups about injection harms…

… and now President Biden is setting up a ‘Disinformation Board’ aka a ‘Ministry of Truth‘2Unfamiliar with Maajid Nawaz? He’s a former Islamic-revolutionary-turned-journalist. Stunning interview with Joe Rogan here.

Glenn Greenwald3Journalist, former constitutional lawyer, and author of four New York Times bestselling books on politics and law. Most known for his work with Edward Snowden. Substack here. comes to a similar conclusion:

The power to decree what is “disinformation” now determines what can and cannot be discussed on the internet. It is now in the hands of trained disinformation agents of the U.S. Security State.

Typically, any attempt to apply George Orwell’s warning novel 1984 to U.S. politics is reflexively dismissed as hyperbolic: a free and democratic country like the United States could not possibly fall prey to the dystopian repression Orwell depicts. Yet it is quite difficult to distinguish this “Disinformation Board” from Ingsoc’s Ministry of Truth. The protagonist of Orwell’s novel, Winston Smith, worked in the Ministry of Truth and described at length how its primary function was to create official versions of truth and falsity, which always adhered to the government’s needs of the moment and were subject to radical change as those interests evolved.

Maybe parrhesia is worth a try?

One thought on “Truth is in trouble”