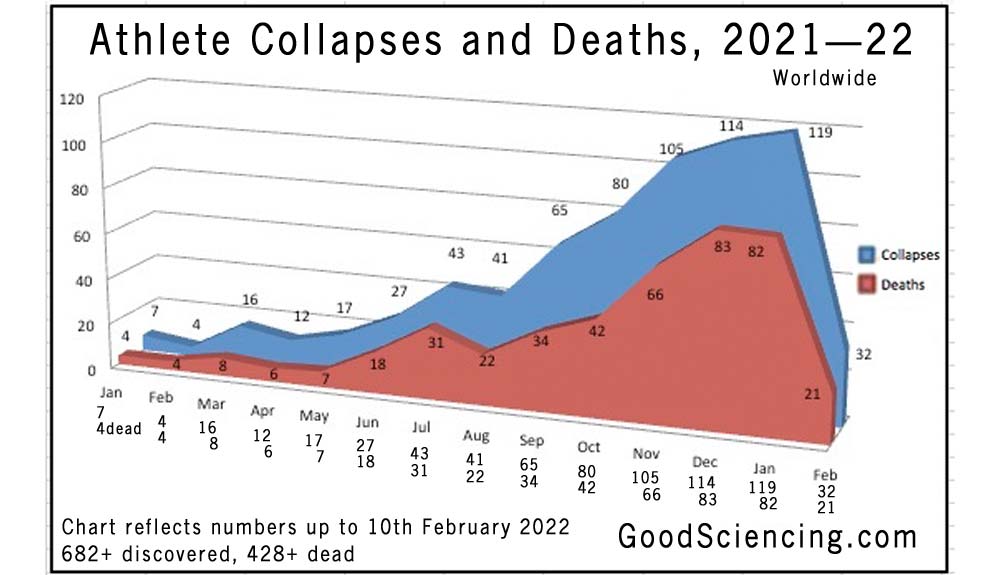 … according to the ever-growing, regularly updated Good Sciencing page.1Wayback snapshot.

Readers are writing to us asking for comparisons from previous years. Some say without that, these results mean nothing. That’s not true because if we had seen this in previous years, it would be well known and others would have documented it. We are starting to work on this – it is a lot of work.

Where are the fact-checkers? Where is the mainstream media? Some have piles of money from Bill Gates. Why are they not proving us wrong by all piling on and showing the documented Athlete deaths from 2019, 2018, 2017 and the previous decade?

They are nowhere to be found because this number of athlete deaths is abnormal and they know it. They have money from people who don’t want journalists poking around. So that’s why they don’t try to thoroughly Fact-Check these reports or show previous year numbers.