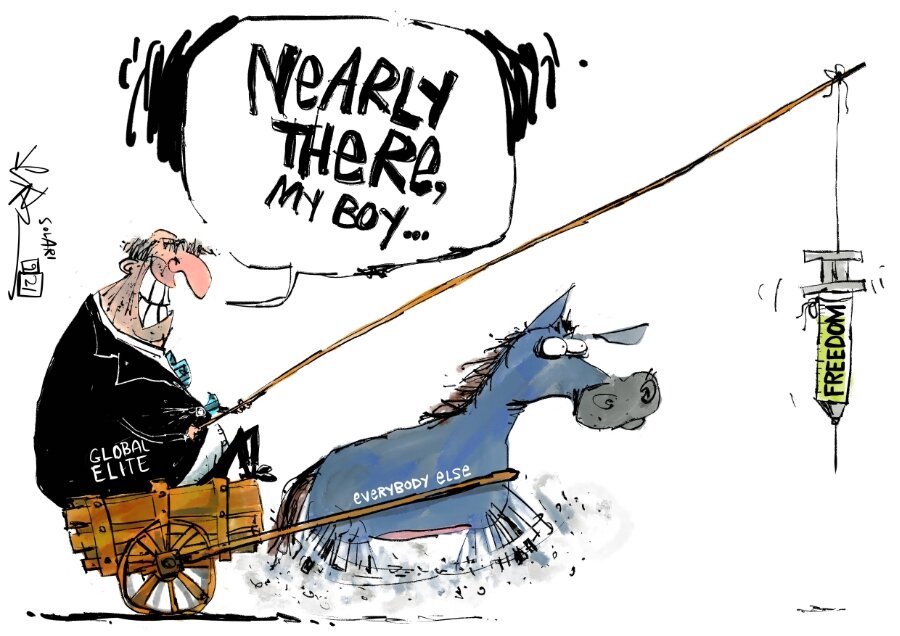 Then you must have found some way of denying or dismissing the obvious.

In which case, whether you read it as a “conspiracy denier” or a “coincidence theorist”…

… Robert Malone’s recent News that Doesn’t make it to “Mainstream” will simply bounce off your comforting bubble of denial. Especially the bit about “nation states” being a thing of the past.

But if you’re Irish, before you let that bounce happen perhaps ponder this.

Even though Ireland wasn’t mentioned by Malone or Lord, we do have some Klaus Schwab / World Economic Forum graduates amongst us.

Just a coincidence though. Nothing to see here. Right?

Cartoon above from Jerm. Who is ‘out’ as a conspiracy theorist.

Believing that there are not nefarious, powerful people trying to control our lives from a local level to a global level, is profoundly naive and, quite frankly, stupid.

It’s not a conspiracy theory if they’re openly telling you what they’re doing.